Magician and Autism Advocate Cody Clark to Perform at UACCB 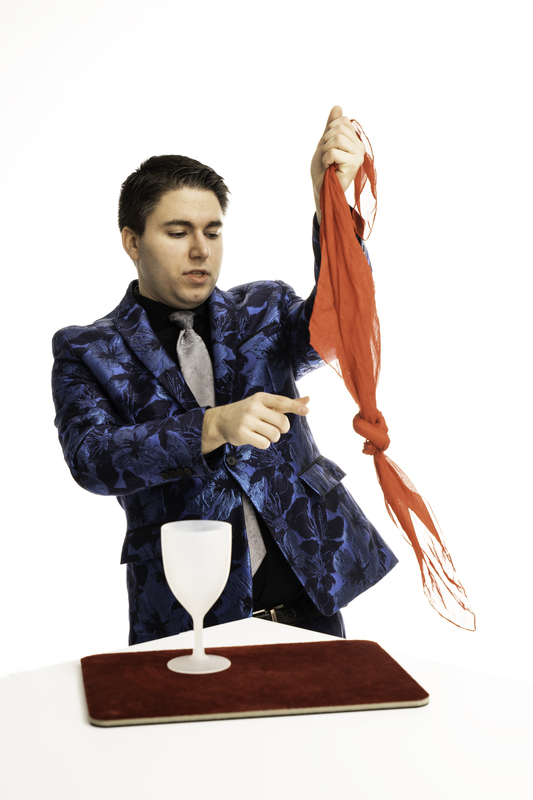 Magician and Autism advocate Cody Clark will be performing his autism advocacy magic show “A Different Way of Thinking” on campus at UACCB on Tuesday, March 15th at 7 PM in the Independence Hall Auditorium. In his show, Cody combines magic, comedy, and storytelling to share with audiences what being autistic has been like for him.

Since Cody feels his autism gives him a different way of thinking, his magic effects allow audiences to learn what Cody sees differently about daily life. From his diagnosis to his graduation from the University of Louisville, and everything in between, audiences will get to join him in experiences ranging from visits to his Memaw’s house, being on church T-ball teams, his first magic show, and the pains of high-school dating.

Based out of Louisville, Kentucky, Cody has been performing magic for sixteen years, including at 15 different fringe theater festivals across the U.S. Recently, Cody shared his talents with other colleges like UACCB, such as the College of Lake County, the University of Kentucky, and Northern Arizona University. His entrepreneurial skills combined with his artistic take on magic led to the Society of American Magicians awarding him their Rising Star of Magic award and to sharing the Louisville Palace stage with Las Vegas magic legend and fellow Louisville native Lance Burton.

Cody’s performance is open to the public and free to attend and will be held at UACCB’s Independence Hall 2005 White Drive, Batesville, AR 72501. For more information about Cody, you can go to www.codyclarkmagic.com or any of Cody’s social media pages under @CodyClarkMagic.

The University of Arkansas Community College at Batesville is a comprehensive two-year community college serving Independence County and the surrounding communities with both transfer and career-technical programs.  Students can complete their first two years of a bachelor’s degree affordably and close-to-home, then transfer virtually anywhere.  Students can also complete a credential in a variety of work-ready programs such as allied health, construction, welding, cosmetology, and more within a semester to one year.  For more information call (870) 612-2000.