Tripp retiring from UACCB after 18 years of service

It is said that teaching is a calling, and for Susan Tripp that statement is true. As a journalism major at Arkansas State University in Jonesboro, Tripp’s desire to work in public relations morphed into a passion to teach. “I realized what I really wanted to do was to teach. I just knew that’s what I needed to do,” Tripp said.

She earned a bachelor’s degree in journalism and went on to earn a master’s degree in English from ASU as well. A native of Batesville, Tripp’s first teaching position was at a private school in Dale, Ark., near Blytheville. There she taught English for a year before taking an adjunct position at Mississippi County Community College, now Arkansas Northeastern College. From there she went on to teach English at Osceola High School for nine years before moving back to Batesville. She taught English for two years at Ozarka College in Melbourne when she learned of an English faculty opening at the University of Arkansas Community College at Batesville.

Tripp met with the hiring committee for the position, which consisted of Ted Allder, John Bell, and Glenda Bell. “That was just a fun interview,” Tripp said. “They made me feel so at ease.” She added that John Bell commented on her comfortable demeanor after the interview. “Teacher walk the room while they are teaching without even thinking about it. During the interview, I was walking the room as if I was teaching a class. I leaned against a desk and folded my arms while I was talking with them,” Tripp said. “I didn’t even realize it, but John Bell said later, ‘You were really comfortable in there. You looked like a teacher.’ I knew this was where I wanted to work when I met with them.”

Tripp began teaching at UACCB as an English faculty member in 2002. She was later promoted to the position of division chair for arts and humanities. She will retire at the end of December 2020.

“I’ve so enjoyed working with two-year college students,” Tripp said. “It is rewarding to see them go on to a four-year school and see how far they can go. A lot of students come back and talk about how they are glad they started here rather than going to a four-year immediately after graduation. This school is so important to our community. It gives students the chance to start their college career in a setting they are comfortable in.”

Tripp added that since she first began with UACCB, the college has seen tremendous growth.

“The growth since I’ve been here has been substantial. I can remember going into classroom where we might have had 10 students and now we’re trying to find space to accommodate the student population,” she said. “Having high school students on campus has been a big change. We treat them as college students and they can see what college is really like. It’s been my experience that the high school students we teach are hard workers, and they want to succeed.”

Tripp’s service to the college has extended beyond the classroom. She’s been a part of the strategic planning committee, the transfer task force, the Guided Pathways Initiative, the Interstate Passport Initiative and several hiring committees.

As for her plans for retirement, Tripp said she will help her husband, Frank, with their storage unit business, and hopes to have more time for travel. Key West, Fla. is at the top of the couple’s destination list. Tripp has one daughter, Maggie, who works at White River Medical Center. 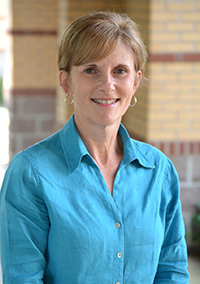